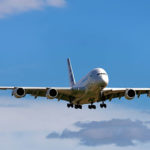 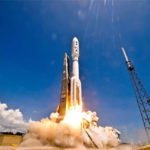 The Aerospace Market includes commercial and military aviation as well as space. The commercial aviation market, though mature, has been undergoing substantial change of late in terms of type and size of aircrafts as well as interior environment. Traditional long haul and large aircrafts are losing ground to short haul and smaller aircrafts facilitating entry of new materials such as composites and laminates in place of traditional metallic materials to improve fuel efficiency, range and passenger comfort. Additionally, in the jet engine areas, market demand to increase fuel efficiency and emission reductions has introduced opportunities for new materials like ceramics, intermetallic and light alloys compared to traditional nickel and titanium-based alloys. The military aviation market also is undergoing substantial changes in terms of equipment usage. Demand for long service times to reduce operating and life-cycle ownership costs as well as the ability of this equipment to be used in varied environments from desert operations to open sea and arctic environments with very high prevailing wind speeds accompanied by sand and water erosion have opened ways for new materials and manufacturing technologies. Space faring vehicles either for launching reconnaissance and/or communications satellites or travel to other planets including human cargo, which used to be in the domain of elite organizations like NASA and ESA has become more commercial. Many of these private space companies have been developing their own reusable launch systems and multipurpose launch systems to reduce the cost of launch operations, which has provided pull for new materials and manufacturing technologies that were not thought of before.

Many of these new materials lack sufficient material properties data including performance data in extreme environments such as very high temperatures in excess of 2500K as well as subzero temperatures from liquid helium (4K) and in-between temperatures under extreme anoxic (<2PPM O2) conditions as well as exposure to particle and cosmic radiations.

Touchstone Testing Lab has a long history of working closely with key transportation OEMs to perform a wide variety of standard and non-standard testing.  We have capability to run tests on samples as well as components under normal and extreme environments. We are fully certified by A2LA for ISO 17025. Touchstone Testing Lab offers both lot release testing through dedicated test labs close to customers as well as material R&D, product qualification, prototyping and failure analysis services from our central laboratory.

Touchstone Testing Lab has capability and experience to run tests on following materials:

We offer the following services: