Many different types of failure analysis are available. Some of these are focused on product and process prior to manufacturing and use. These are known collectively as Failure Mode and Effect Analysis (FMEA). Despite this, failures occur in usage. The objective of failure analysis is to ascertain the cause such as design failure, material failure or usage failure. The technique is used mostly in forensic or post-mortem investigations. A failure analyst will use several different techniques from chemical analysis, microstructural investigation to mechanical testing to ascertain root cause(s).

We have carried out hundreds of failure analyses in the past several years for customers from the following industries:

The majority of failures are related to corrosion, erosion, fatigue, creep or combinations of them and overload failures owing to heat and climate affect. We use both in-field observations as well as laboratory analysis of failed components to identify root causes such as design failures, material failures, environmental issues, usage issues, etc. 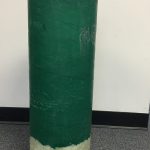 A chemical manufacturing company has approached us to investigate the failure of glass reinforced plastic wound tube during pressure testing for application in chemical plant. We analyzed the tube samples using regular analytical techniques such as microscopy, mechanical testing, nondestructive (ultrasonic) testing, root cause analysis, etc. Further root cause analysis led to the issue in the manufacture of the tubes in the supplier installation. The issue was rectified by changing the supplier of the product. 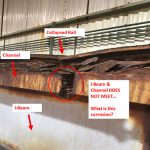 A chemical manufacturer approached us to identify the root cause of sudden failure of crane rails in an electrolytic plant. We used both field analysis and laboratory analyses including corrosion potential measurement in the field, microcopy and chemical analysis of the failed sample.. The root cause of the failure was identified to be magnetically induced corrosion enhanced by strength reduction owing to inclusions and intergranular corrosion film in a chlorinated environment. 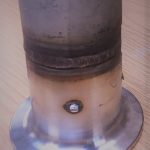 A water purification company approached us with a failure of welded stainless-steel tubing in an HVAC unit. Regular microscopic techniques revealed poor quality of welding leading to leakage of fluids enhancing pitting corrosion. The investigation resulted in the need to improve welding quality control procedures and inspection procedures.

Failure of Newly Renovated Car Park Coatings at an Airport

A public infrastructure building contractor approached us with a failure of paint and coating in a public building during renovation operation. The building was an airport car park located in a very humid and hot climate. Field analysis indicated lack of adhesion of paints to an old concrete surface. Further analysis of the process indicated uncontrolled paint procedure, specifically the preparation of the concrete surface prior to painting leading to lack of adhesion of coatings. The investigation led to change of procedures. 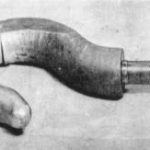 A major distributor of crane hooks approached us with a complaint from his customer about frequent failures of crane hooks. A focused investigation of failed hooks using regular microscopy, chemical analysis and mechanical testing indicated steel quality issues, specifically inclusions and grain flow in the product. We identified steel processing improvements to help the customer to minimize the rejection issues.